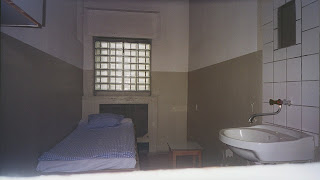 A once-jailed Cuban exile's research reveals how East Germany exported its repressive Stasi security system to Cuba, where it lives on today.

BY MICHAEL LEVITIN
Special to The Miami Herald
BERLIN –

The world vanishes into darkness. Moments later, the door swings open and light returns.''Well, how was it?'' asks Vázquez, a Cuban exile who was jailed in oneof these very Stasi cells in 1987, when East Germany was under communist rule, and now leads tours through the prison-turned-museum.

More importantly, he has found hundreds of East German government documents on Stasi relations with Cuba's own feared Ministry of the Interior, known as MININT, and is nearly finished writing what may well be the most thorough report to date on the links between the two security agencies.

Vázquez says he found the MININT is ''almost a copy'' of the repressive Stasi security system, exported by East Germany to Cuba in the 1970s and'80s, and that the ties between the two organizations run far deeper than previously known.

From how to bug tourist hotel rooms to an intriguing mention of the hallucinogenic LSD, the degree to which the Stasi trained and provided material and technical support to the security arm of Fidel Castro's regime had a sweeping and harsh impact on Cuba.